New York and Miami. Two major metropolitan cities of their respective states. If you try to compare them they seem like apples and oranges. There is a big difference in how you spend money in each city, how you spend your Friday night and even how you live everyday life. These differences make these two cities polar opposites. Despite all this, many New Yorkers choose to leave NYC behind and try their luck in the Sunshine State. Miami is one of the US cities that can offer the same benefits as New York without any of the bad sides. It may turn out that moving from NYC to Miami was the smartest choice you ever made.

Have you ever hunted for an apartment in New York? Silly question. You most likely had the experience of searching for a place to line in NYC. Then you are pretty familiar with the whole process. You’ll be prepared for the new hunt after moving from NYC to Miami. In both cities, you can find an apartment in two ways – looking though online ads and hiring a broker. Both processes are similar in each of these cities. In case you are looking online, you need to watch out for potential scams. Also, be prepared to set some time aside, since browsing ads can turn into long and tedious work.

If you don’t want to go through the process alone, you can always hire a broker to do it for you. Brokers in Miami are slightly more affordable than New York brokers. Their usual fee is 6% percent of the final price. If you are not sure which broker to choose, companies like Pro Movers Miami may offer some useful advice. Additionally, when renting an apartment in Miami, you need to pay attention to the time of the year. Best deals are made from September to January. On the other hand, avoid negotiating rent between May and June.

Additionally, New York is mostly rent-based city. However, in Miami, you are more likely to own your own home. If you are planning on moving from NYC to Miami permanently, invest in your own house. Or, even, buy a plot of land and build your dream house. In New York, if you wanted to live in a house you’d have to leave the city and head for the suburbs. In Miami, this is not the case. 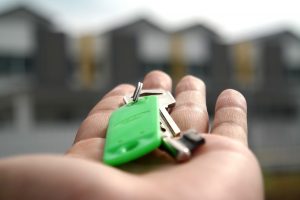 You are more likely to own your own home in Miami than in New York.

Cost of living in Miami

As for the cost of living in Miami, you’ll be pleasantly surprised. New York is much more expensive than Miami. Some research shows that people pay up to 66% less for housing in Miami than they did in NYC. You’ll agree that this is a significant difference. Additionally, the cost of food, clothing transportation, personal care, and even entertainment is notably lower in Miami than it is in NYC. Also, hiring help in Coral Gables when moving home to Miami will be more affordable than hiring New York help.

You’ll love the weather after moving from NYC to Miami

Weather is one of the main reasons New Yorkers choose to move to Miami. These two cities have very different weather patterns. New York is famous for harsh winters. You can expect freezing temperatures and mounts of snow every year. Opposed to that, Miami has never had snow in the city. After moving from NYC to Miami you won’t have to shovel snow off of your driveway.

The temperature in Miami is very warm during the year. Highs go between 76 and 91 degrees. Lows average around 60 degrees in the winter months. One thing is for sure. You’ll never need layers of winter clothing in Miami. You can easily switch to more lightweight clothes when moving from NYC to Miami and enjoy the sun. Also, getting rid of all of your winter clothes is a great way to declutter your home before relocation.

While Miami is famous for its beaches, it is a surprisingly green city. This is due to some heavy rainfall. The city’s average is 55 inches of rain. All this rain gives Miami a lush and green appearance. Also, Miami has many open, grassy park areas to enjoy due to all this rain.

Miami’s culture is greatly influenced by Cuban culture. This, along with demographics, is the biggest difference between New York and Miami. Best way to relax after moving to Miami is to explore your neighborhood. Over 30 percent of people living in Miami have roots in Cuba. Additionally, there are many people with Haitian, Columbian, Dominican and Honduran backgrounds. In numbers, that translates to around 45 percent Hispanic population and 33 percent non-Hispanic. Also, 23 percent of Miami’s population is African American. Obviously, Miami is an ethnically diverse city. This is how Miami got the nickname “Capital of Latin American” and it’s Latin-influenced culture. 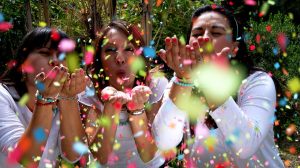 Miami is a very diverse city with a rich Latin-American culture.

What kind of job opportunities are there in Miami?

Main industry in Miami is tourism due to the city’s position. Many famous cruise companies, like Carnival Cruise Lines, are based here. The coastal position also boosts international trade and businesses. This is why Port of Miami and Miami International Airport serve as main entries to the city. Additionally, trade and business make Miami an important city for finance. Also, it’s a popular destination for conventions and conferences. This then fuels the hotel and lodging industry. If you are moving from NYC to Miami for a job opportunity, try to negotiate a job relocation package. Most of the Miami based companies will be willing to offer you some benefits. 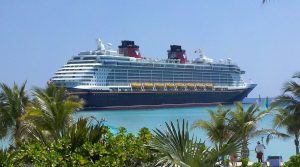 Tourism and cruise companies are the heart of the Miami industry.

Latin American population in the city influences more than the city’s culture. Miami is one of the leading cities in Hispanic industries in the US. Univision and Telemundo have their production studios in the city. Also, many international companies, such as Microsoft, Wal-Mart and Visa International have their Latin American headquarters in Miami.