Brooklyn is a very famous part of New York and it is no wonder that one of New York’s next hot neighborhoods is located in Brooklyn. It goes by the name Sunset Park West. It has a nice location – it hugs New York Harbor between Greenwood Heights to the north and Bay Ridge to the south. This neighborhood is the home to a thriving Chinatown which is what attracts a lot of people. Living near a Chinatown in New York can be a big plus. Chinatowns have a lot of affordable restaurants as well as plenty of fun things to do. You can even live in Chinatown in Sunset Park West. And having a Chinatown move done with ease is possible.

This is also where you can find a lot of greenery especially after the Bush Terminal Park opened. It is located near the water and it is very nice. A lot of families with children love spending time here. The Brooklyn Nets opened a new training center here a while ago. This attracts a lot of people because the sport is a big part of a lot of people’s lives. This is also a great place to open a second office location in New York if you already have one.

Like we mentioned before, hot neighborhoods of New York come with even hotter prices. That is why single- and two-family houses near the park are going for between $1.1 million and $1.3 million. In a less attractive part of the neighborhood, you could buy a two-family house for around $700,000. But have in mind that these prices are growing all the time. If you don’t have the money to live here just yet, you’ll earn it in no time by opening a restaurant in Brooklyn. It could even be in this neighborhood.

Not only one, but two neighborhoods in Brooklyn are going to be New York’s next hot neighborhoods. Moving to Flatbush is becoming popular for plenty of reasons. Flatbush has a very nice location. It is located south of Prospect Park. This means that Flatbush is located in the heart of Brooklyn. Flatbush Avenue is the major street in Brooklyn. It connects the neighborhood to Manhattan through Manhattan bridge and runs all the way to the Coney Island on the Brooklyn side of the bridge. This is why most people dream of living here. 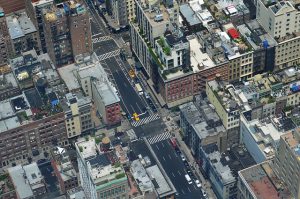 Flatbush is the heart of Brooklyn.

But the good location is not the only thing that makes this neighborhood hot. It is very trendy and artsy. It is also very diverse. You can try foods from all over the world in Flatbush. This neighborhood also has plenty of great schools and they are easily accessible. It also has plenty of bars and clubs where you can party every night. People from all of New York come to Flatbush to have some fun. And if you move here with dynamicmoversnyc.com you’ll be living in the center of it all.

Queens is another very popular part of New York and it is also a very lovely one. The Rockaway Peninsula neighborhood is a hot neighborhood this year. It has an amazing location. It is less than an hour ride by subway or bus from Lower Manhattan and Brooklyn. This is why people who work in Manhattan love this neighborhood. It is also very popular because a lot of new buildings are being built lately. This is actually a neighborhood that is just getting discovered by people.

The best part about it is that it isn’t very expensive. You can find a decent apartment for around $500,000. Well, it isn’t expensive when you compare it to the rest of New York but that still is a lot of money to pay. If you are lucky, you will find an apartment with an ocean view. The view from this part of Queens is amazing. This is also where you’ll be able to do a lot of relaxing after moving. 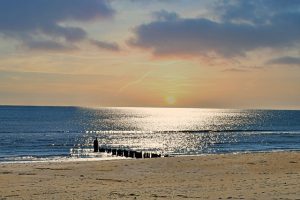 The ocean view from this neighborhood is amazing.